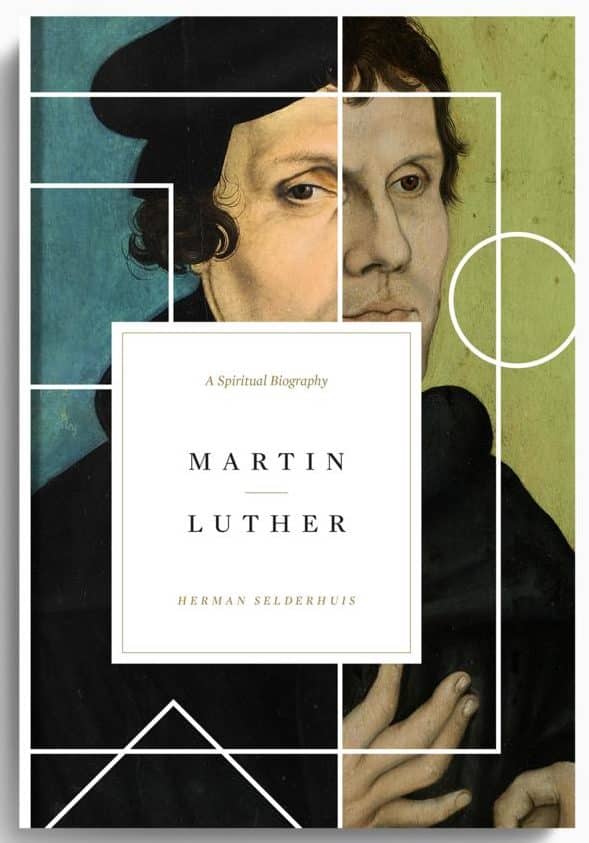 Author: Herman Selderhuis
Publisher: Crossway
Genre: Biography
PURCHASE
Book Review
| Bibles.net
Excellent for This Topic
Reading Level: Easy
You know his name and what he stood for, but do you actually know who Martin Luther is? Selderhuis brings Luther back to life through this engaging biography of his personhood, theology, and scholastic influence all within the theological and political contexts of his day. Discover how Luther ignited the Reformation and why we still stand by what he established 500+ years ago. Its fresh new look at Luther's life will engage the average reader and historians alike.
Chapter
| 15 Minutes

Luther had an eye for the riches of nature and how God reveals himself in creation, but he also realized that there is a knowledge that far transcends that of nature:

Everyone knows something about biology. I know, for example, that a dog’s tongue is good for a wound, and that a cat catches mice, and that a hawk catches partridges, etc. The one knows a lot about nature, another less, through one’s experience or through instruction. But God has not revealed everything about nature, and therefore, our mind is curious and wants to know still more. From this comes the study and research of nature. . . . It is not a bad thing that you don’t know everything. If you know that fire is hot and water is cold and wet, that in the summer different work needs to be done than in winter, that is sufficient. As long as you know how you must look after your field, your cows, your house, and your child, then you have enough knowledge of nature. But with this, realize that in fact it only concerns the knowledge of Christ.

For Luther, the month of May represented “an image of the resurrection of the dead. Look at how lovely the trees are, how beautifully everything becomes green. How beautiful is the month of May!” While in his garden, he noticed the growth of creation and could only say, “How amazing are God’s works!” When he observed extraordinary natural phenomena, he interpreted them as special signs of God.

On January 18, 1538, Luther, Melanchthon, and others saw an impressive comet. This led to a discussion about the meaning of this event. Luther was worried and saw the comet as a sign from God that soon he would intervene in another way.

When there came an unusual amount of fish in the Elbe River in the spring of 1538, Luther thought that that was a bad omen. And indeed, the season was so dry that it threatened the harvest. Luther prayed fervently for rain: “Lord God, give our children and our families our daily bread. Look upon us in fatherly love.”

“Lord God, give our children and our families our daily bread. Look upon us in fatherly love.”

That rain came on May 26: “Oh, let us thank our loving God, because what he has given us is worth thousands of guilders, because now it will rain grain, wheat, oats, barley, wine, spices, onions, grass, and milk. And we act as if it is nothing.” On April 18, 1539, he witnessed a solar eclipse, which happened again almost a year later on April 7, 1540.

Despite the fact that Luther had been responsible for the introduction of far-reaching changes and had many supporters, new discoveries in natural science had difficulty attracting support from Luther’s side. In the summer of 1539, the views of Copernicus were discussed at Luther’s dinner table.

Copernicus’s new view that the earth revolved around the sun instead of the other way around did not appeal to Luther. He thought it was scientific nonsense, arguing that the Bible clearly stated that the sun moves. A geocentric view of the universe appeared to fit better with his faith, that not only God but also the Devil and his cohorts influence nature, the weather, and people.

Similar to many contemporaries, Luther also believed that witchcraft and black magic were real. According to him, women who tried to steal milk, butter, and eggs by means of magic had to be burned. He was convinced that witches could generate bad weather and that devilish beings could have sexual intercourse with men and women, superstitions that pushed Luther to contribute to the terrible persecution of women accused of witchcraft. He was critical of astrology and maintained that there was no evidence that our future could be read in the stars. Astronomy, however, concerned the work of God, such as stars, and was a worthy study.

Nevertheless, Luther preferred to be busy with the earth, through activities such as gardening. On New Year’s Day 1527, Luther ordered a threshing machine and seed for the spring from his friend Wenzeslaus Linck in Nuremburg:

I am very happy that you’ve promised me seed before spring. Send as much as you can, because I’m eager to have it. On the other hand, if I can do something for you, let me know, and I will certainly do it. Even if Satan and his cronies rage, in the meantime I will laugh at them because I rejoice about my garden, that is to say, about the blessings from the Creator and the enjoyment I have in his honor. Send more seed for my garden, preferably different kinds. If I live, I want to be a gardener.

He continued to live, but he did not become a gardener. He continually thought of his garden, but his other work was too pressing. He regretted it because

as an old and worn-out man, I would rather enjoy these days in the garden and calmly look at the things an old man can enjoy, namely, all the wonderful things that God has made: young trees, flowers, bushes, and birds. I would have such pleasure in them, if it wasn’t for the fact that because of all my earlier sins I deserve to be deprived of them by all those objectionable and often useless matters.

This love of nature also explained his admiration of paintings, particularly Italian art, “because in their paintings they could truly imitate nature so masterfully and truly imitate to reproduce not only the color and the shape in every respect but also the actions, as if the shapes live and really move.”

Animals too appeared frequently in Luther’s writings, and not only the donkeys and swine to which Luther would compare his opponents. Luther wrote fondly of dogs, keeping one in his house, and considered it a unique creature of God:

When he looked at his dog, Tölpel, he said, “Look at that dog. There is nothing wrong with his whole body. He has fine, sparkly eyes, strong legs, nice white teeth, a good stomach, etc. Are they not the most beautiful natural gifts? And God gives them, of all things, to such an animal devoid of reason.”

Luther was convinced that on the new earth there would again be dogs: “Of course! God shall make a new heaven and earth, and then he will also make new dogs (‘Tölpline’) with a skin like gold and hair like pearls.”

People, according to him, could learn from a dog: “Oh, if I could pray the way a dog looks at meat! All his thoughts are single-mindedly directed at that meat; he does not think, wish, or hope for anything else.”

Content taken from Martin Luther by Herman Selderhuis, ©2017. Used by permission of Crossway.

Herman Selderhuis is a fine scholar but also a churchman and a teacher. Thus, he writes with an enviable, conversational ease, which makes his teaching accessible to the nonspecialist audience. In this brief biography of Martin Luther, he brings the reformer alive, from his birth in humble circumstances to his death as the most (in)famous man in Europe. Those who have never encountered the narrative of Luther’s life before will find this an accessible and satisfying introduction that wears its learning lightly and points to the deep truths to which Luther’s life and thought testified.
—Carl R. Trueman,
Professor of Biblical and Religious Studies, Grove City College
The complexity of Luther is staggering, but Herman Selderhuis has given us a detailed portrait of the reformer that captures both his blemishes and the beauty of his faith in Christ. This book is a fascinating read about one of the most significant figures of history. Both students of Christian history and admirers of Reformation theology will find it helpful.
—Joel R. Beeke,
President and Professor of Systematic Theology and Homiletics, Puritan Reformed Theological Seminary
Martin Luther: A Spiritual Biography offers a new and fascinating approach to Luther’s life. In this book, political and theological contexts are paid attention to, but priority is given to the story of Luther’s religious life, from childhood to old age. The account is based on an extensive use of primary sources—not least Luther’s letters and Table Talk—and the reformer’s own words are frequently quoted. At the same time, the interpretation of Luther’s texts is closely related to specific places and concrete situations in his life. In this way, the reader is brought closer to Luther’s person than what is often the case in other biographies.
—Tarald Rasmussen,
Professor of General Church History and Research Director, University of Oslo

Herman Selderhuis
Herman Selderhuis is professor of church history at the Theological University Apeldoorn in the Netherlands and director of Refo500, the international platform focused on raising awareness for projects related to the legacy of the Reformation. He also serves as the director of the Reformation Research Consortium, president of the International Calvin Congress, and curator of research at the John à Lasco Library in Emden, Germany. He is the author or editor of several books, including John Calvin: A Pilgrim’s Life.

Crossway
The purpose of Crossway has been, from its founding as a not-for-profit ministry in 1938, to publish gospel-centered, Bible-centered content that will honor our Savior and serve his Church. Crossway seeks to help people understand the massive implications of the gospel and the truth of God’s Word, for all of life, for all eternity, and for the glory of God.
Menu
© 2020 Bibles.net | All Rights Reserved