Charles Haddon Spurgeon is considered the greatest English-speaking Bible preacher to ever live, and one of the most beloved people in the history of the Christian faith.

Charles Spurgeon was a large Englishman, with a soft heart and a booming voice, who preached to millions starting at a very early age. Many call him the “prince of preachers.”

He had breathtaking wealth, and spent it all on others—fighting slavery in the U.S. and the Opium trade in China, and beginning 66 ministries.

His life was short—only 57 years—and spent it all on preaching the Bible, often to some of the largest recorded gatherings in English history. He pastored the largest Protestant church in London in his time.

He had a happy heart, often plagued by depression, which was entirely consumed with love for Jesus Christ, whom he was so eager to share with the world.

Charles had a loud mouth, with which he could speak to 12,000 people without a microphone or anything of the sort—and he used it to bring people life, the life he found in the Word of God, and its message about Jesus Christ.

He had a fantastically imaginative mind, with which he churned out writings and reflections which are still unmatched in volume by any other preacher today.

Most of all, he had love. He had love for God and love for others, which God himself powerfully planted in his heart by the Holy Spirit when Spurgeon was just 15. This spark God began in Spurgeon’s heart still kindles new love for Jesus and the Word of God in many hearts today.

the life of Charles Spurgeon

Charles Spurgeon was born in the United Kingdom.

At 15, the words of Isaiah 45:22 moved him to look to Jesus for the forgiveness of his sins. These words changed him forever. Shortly after this, he began preaching.

While he was preaching, the church caught fire and in the commotion several people in the congregation died and many were injured. This moved Spurgeon to depression.

By his own assessment, Spurgeon preached his greatest sermon due to the volume of souls who followed Christ because of it.

Turn to me and be saved,
all you ends
of the earth;
for I am God,
and there is
no other.

10 Things You Should Know about Charles Spurgeon

My entire theology
can be condensed
into four words…
Jesus died for me.

Through
the Eyes of
Spurgeon

Live in the Bible
Visit many good books, but live in the Bible.
Source
The Bible Can Counsel
Within the Scripture there is a balm for every wound, a salve for every sore.
Source
Bible Reading Brings Peace
Half our fears arise from neglect of the Bible.
Source
We Cannot Neglect God's Word
There is dust enough on some of your Bibles to write “damnation” with your fingers.
Source
Every Word of God Is True
I would recommend you either believe God up to the hilt, or else not to believe at all. Believe this book of God, every letter of it, or else reject it.
Source
The Bible Is Our Authority
We should not adjust our Bible to the age; but before we have done with it, by God’s grace, we shall adjust the age to the Bible.
Source
The Bible Is Powerful
The words of Scripture thrill my soul as nothing else ever can. They bear me aloft or dash me down. They tear me in pieces or build me up. The words of God have more power over me than ever David’s fingers had over his harp strings. Is it not so with you?
Source
The Bible Defends Itself
To trifle with Scripture is to deprive yourself of its aid. Reverence it, and look up to God with devout gratitude for having given it to you.
Scripture is like a lion. Who ever heard of defending a lion? Just turn it loose; it will defend itself.
A bible that is falling apart usually belongs to someone who isn’t.
Source
God Reveals Himself in the Bible
If you wish to know God, you must know his Word. If you wish to perceive his power, you must see how he works by his Word. If you wish to know his purpose before it comes to pass, you can only discover it by his Word.
Source
No One Outgrows the Bible
Many books in my library are not behind and beneath me. They were good in their way once, and so were the clothes I wore when I was ten years old; but I have outgrown them. Nobody ever outgrows Scripture; the book widens and deepens with our years.
Source
SHARE
Imapct
Quote

Who Shall Be Saved?

I know of nothing which I would choose to have as the subject of my ambition for life than to be kept faithful to my God till death, still to be a soul winner, still to be a true herald of the cross, and testify the name of Jesus to the last hour. It is only such who in the ministry shall be saved.

by Geoff Chang at Historical Theology.org

Do not despise
these small
beginnings,
for the Lord rejoices
to see the
work begin.

Preachers Are Servants, Not Celebrities

What I Learned from Charles Spurgeon

by Alistair Begg at Desiring God

One Thing You Might
Not Know about
Charles Spurgeon

A joyful heart is good medicine, but a crushed spirit dries up the bones.

There is hardship in everything
except eating
pancakes.

Did You Know That Charles Spurgeon Struggled with Depression?

The worst forms of
depression
are cured when
the Holy Scripture
is believed.

The Anguish and Agonies of Charles Spurgeon

“Despondency is not a virtue; I believe it is a vice. I am heartily ashamed of myself for falling into it, but I am sure there is no remedy for it like a holy faith in God.” —Charles Spurgeon

The righteous person
may have many troubles,
but the Lord delivers him
from them all.

Was Spurgeon Reading Off His Rocker?

by Jonathan Parnell at Desiring God

We are hard pressed on every side, but not crushed; perplexed, but not in despair; persecuted, but not abandoned; struck down, but not destroyed. We always carry around in our body the death of Jesus, so that the life of Jesus may also be revealed in our body. For we who are alive are always being given over to death for Jesus’ sake, so that his life may also be revealed in our mortal body. So then, death is at work in us, but life is at work in you.

Your emptiness is
but the preparation
for your being filled,
and your casting
down is but
the making ready
for your lifting up.

Fear Not The Storm

I bear my witness that the worst days I have ever had have turned out to be my best days. And when God has seemed most cruel to me he has then been most kind. If there is anything in this world for which I would bless him more than for anything else it is for pain and affliction. I am sure that in these things the richest tenderest love has been manifested to me. Our Father's wagons rumble most heavily when they are bringing us the richest freight of the bullion of his grace. Love letters from heaven are often sent in black-edged envelopes. The cloud that is black with horror is big with mercy. Fear not the storm. It brings healing in its wings and when Jesus is with you in the vessel the tempest only hastens the ship to its desired haven.

by Nikki Daniel at The Gospel Coalition

by the staff at The Spurgeon Center

Truly, truly, I say to you, unless a grain of wheat falls into the earth and dies, it remains alone; but if it dies, it bears much fruit.

This Day In History: The Death of Charles Spurgeon 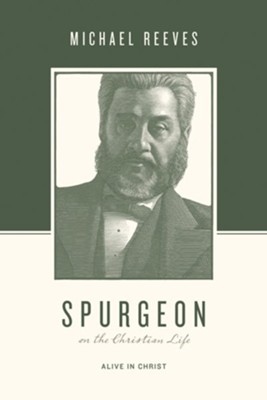 Spurgeon on the Christian Life:
Alive in Christ

by Michael Reeves | Biography
Difficulty: Intermediate
Get the book 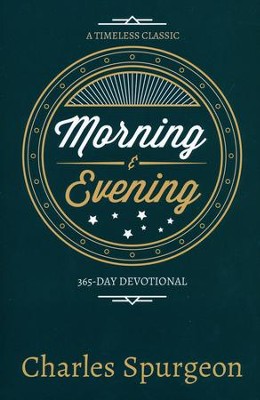 by Charles H. Spurgeon | Devotional
Difficulty: Easy
Get the book 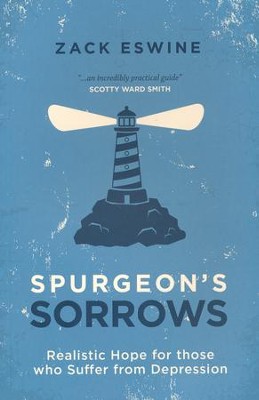 Spurgeon’s Sorrows: Realistic
Hope for Those Who Suffer
from Depression

by Zach Eswine | Counseling
Difficulty: Easy
Get the book 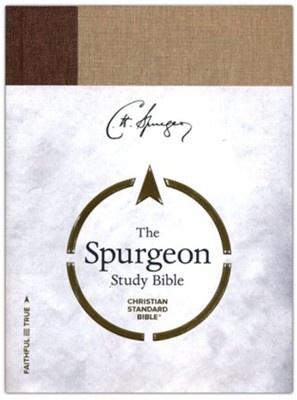 2,200 Quotations: From the
Writings of Charles H. Spurgeon

by Charles Spurgeon and Tom Carter | Biography
Difficulty: Intermediate
Get the book
SHARE

And I, when I am
lifted up from
the earth,

will draw all people to myself.

Is it God's Word?

How to Read It

How to Apply It

Is the Bible Relevant to My Life?

Does God Exist?
Who Is God?
What Is the Trinity?
What Is God Like?
Can We Know God?

What Is Sin?
What Is Confession?
What Is Repentance?
What Is the Unpardonable Sin?
Overcoming Sin & Temptation

Who Is Jesus?
Is Jesus Really God?
How Do We Know Jesus Is the Messiah?
The Second Coming of Jesus

What Is the Gospel?
Why Did Jesus Have to Die?
What Is Faith?
What Does It Mean to Be Born Again?
What Is Grace?

What Is Prayer?
How to Pray?
Does God Answer Prayer?

Counting the Cost
What Is A Disciple?
What Is My Purpose?
What Is Evangelism?
How to Evangelize?
What Is Missions?
What Is Church?
What Is Baptism?
The Persecuted Church

What Happens When We Die?
Is Heaven for Real?
Is Hell in the Bible?
The Second Coming of Jesus

The Apostles’ Creed
The Nicene Creed

Fear
The Answer to Anxiety
Overcoming Anxiety
Loneliness
Depression
Grief
What Is Lament?
Suicide Is No Solution
Veteran Suicide
How to Deal with Suicidal Thoughts
How to Help a Suicidal Friend

All things work together for good…
Do not be conformed to this world…
For God so loved the world…
I can do all things…
Love is patient, love is kind…

Do not be anxious about anything…
Seek first the kingdom of God…
Cast all your anxieties on him…
Be strong and courageous…
Fear not, for I am with you…

The Ten Commandments
The Lord’s Prayer

Books of the Bible

Why Should I Get a Physical Bible?

An Open Letter to My Friend in Pain

5 Reasons Jesus Died on the Cross

Here's Why You Need the Bible

Have You Ever Wondered About God?

Three Costs of Being a Christian

Four Things At Stake If We Deny the Clarity of Scripture

The What, Why, Where, and How of Being a Disciple