Dietrich Bonhoeffer was born in Poland and faced the social, political, and military pressures of Nazism while spreading the Word of God.

The effects of the Holocaust were catastrophic. Many innocent lives were lost in the onslaught of Hitler’s wake.

One notable casualty was that of Dietrich Bonhoeffer.

He was a Lutheran pastor who used his biblical theology to unite the church against the Nazi regime.

In 1933 the German Lutheran Church supported the Nazis. Bonhoeffer knew that Nazism was not coherent with Scripture, thus he and other theologians founded the Confessing Church against Nazism.

Bonhoeffer’s actions united the church in the 20th century; furthermore his writings continue to unite believers in the 21st century. Life Together, Ethics, and The Cost of Discipleship are among his critically acclaimed books.

Bonhoeffer’s faith in Christ is evident in his writings despite his terrible circumstances. He was hanged for opposing the Nazi regime.

The life of Dietrich Bonhoeffer

Dietrich was born in Poland to an affluent family.

He decided to become a theologian and minister at the age of 14 against his family’s wishes.

He directed the seminary of the Confessing Church.

Dietrich’s seminary was forcefully closed by the Gestapo. Later that year he published his first book, The Cost of Discipleship.

He was arrested for plotting Adolf Hitler’s assassination and was taken to Tegel prison.

Dietrich had ties to the coup conspiracy which ultimately failed.

He was hanged at the extermination camp at Flossenbürg, Germany. His last words were, “This is the end; for me, the beginning of life.”

Who Am I
by Dietrich Bonhoeffer
Wallpaper

We have made a graphic so you can keep the poem “Who Am I” on your phone as your background or screensaver!

Dietrich Bonhoeffer and The Cost of Discipleship

Contrasts Between God and Us

Whoever does not
bear his own cross
and come after me
cannot be my disciple.

Dietrich Bonhoeffer: Did You Know?

by Mark and Barbara Galli, friends of Bibles.net

Because I am
a preacher of the Word,
I cannot expound Scripture unless
I let it speak to me
every day.
I will misuse the Word in my office
if I do not keep
meditating on it in prayer.

The many facets of Bonhoeffer and how he makes us think.
WATCH VIDEO >
by Eric Metaxas and Shirley Hoogstra at Calvin University
SHARE
Impact
Article: 10 Min

by Stephen Nichols at The Gospel Coalition

One cannot simply read the Bible, like other books. One must be prepared really to enquire of it. Only thus will it reveal itself. Only if we expect from it the ultimate answer, shall we receive it. That is because in the Bible God speaks to us. And one cannot simply think about God in one’s own strength, one has to inquire of him. Only if we seek him, will he answer us.

Helping
Each Other
Endure to
the End

by John Piper at Desiring God

And they devoted themselves to the apostles’ teaching and the fellowship, to the breaking of bread and the prayers.

Costly Grace and a Concentration Camp

by Javier Garcia at The Gospel Coalition

One act of
obedience
is worth
a hundred sermons.

by J.I. Packer at Christianity Today

Why We Need
to Share the Bible
with Others

by Dietrich Bonhoeffer
in his book, Life Together

But God has put this Word into the mouth of men in order that it may be communicated to other men. When one person is struck by the Word, he speaks it to others. God has willed that we should seek and find his living Word in the witness of a brother, in the mouth of a man.

A Wonderful Thing About God

by Dietrich Bonhoeffer in his book, God is in the Manger

Where reason is indignant, where our nature rebels, where our piety anxiously keeps us away: that is precisely where God loves to be. There he confounds the reason of the reasonable; there he aggravates our nature, our piety—that is where he wants to be, and no one can keep him from it.

Only the humble believe him and rejoice that God is so free and so marvelous that he does wonders where people despair, that he takes what is little and lowly and makes it marvelous. And that is the wonder of all wonders, that God loves the lowly…. God is not ashamed of the lowliness of human beings. God marches right in.

He chooses people as his instruments and performs his wonders where one would least expect them. God is near to lowliness; he loves the lost, the neglected, the unseemly, the excluded, the weak and broken.

Silence
in the face of evil
is itself evil:
God will not hold us
guiltless.
Not to speak
is to speak.
Not to act
is to act.

by Eric Metaxas at Action Institute

What We Most Need in Trying Times

by Dietrich Bonhoeffer in his book, Letters and Papers from Prison

We have been silent witnesses of evil deeds; we have been drenched by many storms; we have learnt the arts of equivocation and pretense; experience has made us suspicious of others and kept us from being truthful and open; intolerable conflicts have worn us down and even made us cynical.

Are we still of any use? What we shall need is not geniuses, or cynics, or misanthropes, or clever tacticians, but plain, honest, and straightforward men. Will our inward power of resistance be strong enough, and our honesty with ourselves remorseless enough, for us to find our way back to simplicity and straightforwardness?

God is not a God
of the emotions
but the God of truth.

Therefore, having put away falsehood, let each one of you speak the truth with his neighbor, for we are members one of another.

Dietrich Bonhoeffer: Final Thoughts on His Life and Death

He has told you, O man, what is good;
and what does the Lord require of you
but to do justice, and to love kindness,
and to walk humbly with your God?

We are not
to simply bandage
the wounds of victims
beneath the wheels
of injustice,
we are to drive
a spoke into
the wheel itself.

The Cost of Discipleship

by Dietrich Bonhoeffer in his book, The Cost of Discipleship

The messengers of Jesus will be hated to the end of time. They will be blamed for all the division which rend cities and homes. Jesus and his disciples will be condemned on all sides for undermining family life, and for leading the nation astray; they will be called crazy fanatics and disturbers of the peace.

The disciples will be sorely tempted to desert their Lord. But the end is also near, and they must hold on and persevere until it comes. Only he will be blessed who remains loyal to Jesus and his word until the end.

Dietrich knew his destination:
Eternity in the presence of Jesus Christ, his Lord and Savior.
Death was not the end for him.
WATCH VIDEO >
by Jim Belcher at IVP
SHARE 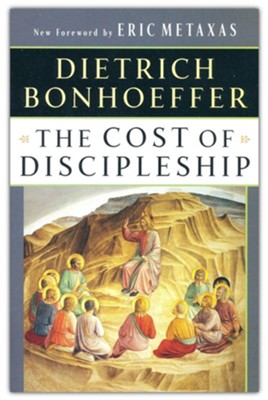 The Cost of Discipleship

by Dietrich Bonhoeffer | Christian Living
Difficulty: Easy
Get the book 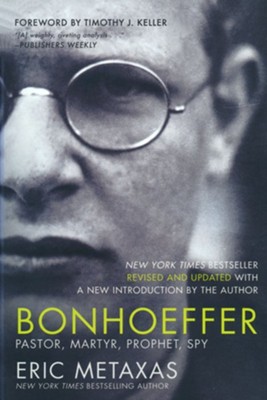 by Eric Metaxas | Biography
Difficulty: Intermediate
Get the book 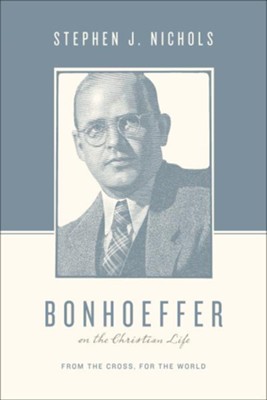 Bonhoeffer on the Christian Life: From the Cross for the World

by Stephen Nichols | Biography
Difficulty: Scholarly
get the book 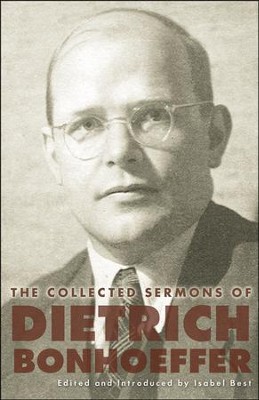 The Collected Sermons of Dietrich Bonhoeffer 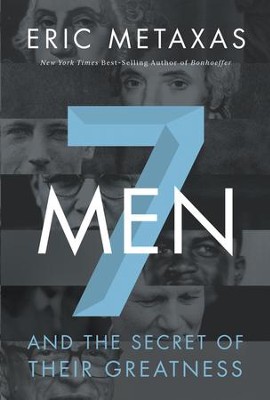 7 Men and the Secret of Their Greatness

by Eric Metaxas | Biography
Difficulty: Easy
GET THE BOOK
SHARE

Precious in the sight of the Lord

is the death of his saints.