I rejoiced in the Lord greatly that now at length you have revived your concern for me. You were indeed concerned for me, but you had no opportunity. Not that I am speaking of being in need, for I have learned in whatever situation I am to be content. I know how to be brought low, and I know how to abound. In any and every circumstance, I have learned the secret of facing plenty and hunger, abundance and need. I can do all things through him who strengthens me.

Yet it was kind of you to share my trouble. And you Philippians yourselves know that in the beginning of the gospel, when I left Macedonia, no church entered into partnership with me in giving and receiving, except you only. Even in Thessalonica you sent me help for my needs once and again. Not that I seek the gift, but I seek the fruit that increases to your credit. I have received full payment, and more. I am well supplied, having received from Epaphroditus the gifts you sent, a fragrant offering, a sacrifice acceptable and pleasing to God. And my God will supply every need of yours according to his riches in glory in Christ Jesus. To our God and Father be glory forever and ever. Amen.

What’s Going to Be Enough for You?

A man named Paul wrote these words nearly two thousand years ago from a Roman prison. He was coming to the close of his thank-you letter when he wrote, “I can do all things through him who strengthens me.”

The “him” here is the man who got Paul into prison in the first place. Paul had begun to proclaim all over the known world that the man Jesus of Nazareth, who had died only about 30 years prior and had risen from the dead, was God himself, come to save all who believe in him from their sins. If you were to read Paul’s whole letter, you would find out that Jesus is also the source of Paul’s joy in suffering and his hope in life and death.

People often read this verse thinking Paul was saying, “I can do absolutely anything I set my mind to do—possible or impossible—because God is on my side.” But in reality, as the old man writes from jail, speaking about physical needs that were met by his friends, he is expressing that the Jesus who saved him from sin can sustain him whether he is hungry or full, abounding or lacking. Whether rich or poor, hungry or well-fed, Jesus is enough.

Jesus Christ, Paul says, is the savior of the world, and we desperately need him to be so. But in this letter, Paul wants us to know that he is the joy of our hearts in life and death, strong enough for the worst and best of circumstances.

To know this contentment and joy is to know Jesus. Do you know him?

I can do all things through him who strengthens me.

I am able to do all things through him who strengthens me.

For I can do everything through Christ, who gives me strength.

I can do all this through him who gives me strength.

I can do all things through Christ which strengtheneth me.

I can do all things through Christ who strengthens me.
SHARE

The Secret to a Happy Life

Paul wrote this letter to a church in the Roman colony of Philippi during the first century. You can hear Paul's joy as he writes this letter, so it might surprise you to know that Paul was writing from jail. Many famous Bible verses are quoted from this letter. Discover Philippians for yourself today!
by Paul | Letter
Video Overview
Read Online
SHARE
Article: 5 Min

What That Verse Really Means

by Austin Wynn at The Publicans Blog

“Abide in me, and I in you. As the branch cannot bear fruit by itself, unless it abides in the vine, neither can you, unless you abide in me. I am the vine; you are the branches. Whoever abides in me and I in him, he it is that bears much fruit, for apart from me you can do nothing.”

The Most Misapplied Verse in the Bible

by Steven Lawson at The Good Book Company

The Lord Will Provide

I have learned
how to be
content
whatever the circumstances.

The Secret
in Every
Circumstance

What If I Don't Have Strength for What I'm Going Through?

Though you cannot tell how to bear it with your own strength, yet how can you tell what you will do with the strength of Jesus Christ? You say you cannot bear it? So you think that Christ could not bear it?

But if Christ could bear it why may you not come to bear it? You will say, "Can I have the strength of Christ?"

Yet Not I But Through Christ In Me

I eagerly expect and hope that I will in no way be ashamed, but will have sufficient courage so that now as always Christ will be exalted in my body, whether by life or by death. For to me, to live is Christ and to die is gain.

His Strength Is Perfect

But he said to me, “My grace is sufficient for you, for my power is made perfect in weakness.” Therefore I will boast all the more gladly of my weaknesses, so that the power of Christ may rest upon me. For the sake of Christ, then, I am content with weaknesses, insults, hardships, persecutions, and calamities. For when I am weak, then I am strong.

How to Be Content in Plenty or in Need

by Barbara Hughes at Crossway

I count
everything
as loss
because of
the surpassing worth
of knowing
Christ Jesus
my Lord.

For his sake I have suffered the loss of all things and count them as rubbish, in order that I may gain Christ and be found in him, not having a righteousness of my own that comes from the law, but that which comes through faith in Christ, the righteousness from God that depends on faith—that I may know him and the power of his resurrection, and may share his sufferings, becoming like him in his death, that by any means possible I may attain the resurrection from the dead.

You Are My All in All

Godliness
with contentment
is great gain.

by Rick Ezell at LifeWay

Life, Liberty, and the Pursuit of Just a Little More

BY FIRST BAPTIST
CHURCH OF DURHAM

O God, I beg two favors from you; let me have them before I die.
First, help me never to tell a lie. Second, give me neither poverty nor riches! Give me just enough to satisfy my needs. For if I grow rich, I may deny you and say, “Who is the Lord?” And if I am too poor, I may steal and thus insult God’s holy name.

I Can Do All Things

I Can Do All Things Through Him Who Strengthens Me

And my God will meet all your needs according to the riches of his glory in Christ Jesus.

A Prayer for Contentment

by Kevin Halloran at Anchored in Christ 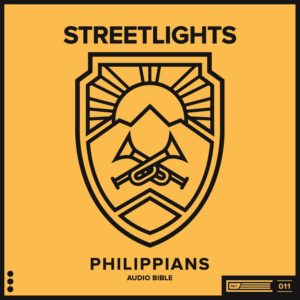 Listen to Paul’s letter to the Philippians read out loud by Streetlights Bible, a multi-media creative ministry that reads God’s Word to modern beats. 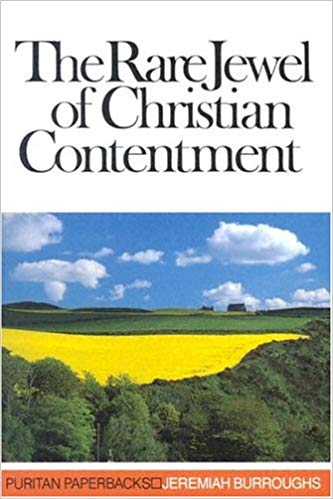 The Rare Jewel of Christian Contentment

by Jeremiah Burroughs | Puritan
Difficulty: Easy
GET THE BOOK
SHARE

BE CONTENT WITH
WHAT YOU HAVE,
BECAUSE GOD
HAS SAID,