By registering an account you can save your favorite blocks, create a personalized experience, and much more.

What Does the Bible Say About Divorce?

From the Bibles.net Team:
Dear Heavenly Father, please lead our friend who lands on this page to the answers they need from your Word. If they are grieved, comfort them. If they are deceived, gently lead them in your truth. If they are hard pressed by decision, counsel them. If they bear regret, show them your grace. Please use your Word here to rescue couples ready to give up or who have given up and restore them to the loving commitment you desire for them. Holy Spirit, please reach the places we cannot by your Word. In Jesus’ name, amen.

Read More
Related Topics
Forgiveness
Marriage Help
When Your Parents Divorce
Bitterness
What questions do you have?

It's one of the worst hurts

Divorce was never part of God’s design. In fact, it pains him more than it pains us. But in his kindness, God counsels, confronts, and comforts us from his Word.

What does the Bible say about divorce?

We cannot know the details of your situation. But we have done our best to find resources to point you to the Great Redeemer, the mender of the Broken, the Healer, and to his Word, which has all that you need between its pages for comfort and hope in this life.
You matter deeply to us, and we have created this page to extend to you the only hope we have, hope found in the Lord Jesus. Whatever your situation, we would love to pray for you.

PLEASE PRAY FOR ME
Theme Verse

Jesus replied, “Moses permitted divorce only as a concession to your hard hearts, but it was not what God had originally intended."

What Does the Bible Say About Divorce?

God’s original plan for the human race, as indicated in his creation of Adam and Eve as husband and wife (Genesis 1:27-28; 2:22-25), is lifelong, monogamous marriage. Jesus affirmed this in responding to a question about divorce:

And Pharisees came up to him and tested him by asking, “Is it lawful to divorce one's wife for any cause?” He answered, “Have you not read that he who created them from the beginning made them male and female [from Genesis 1:27], and said, ‘Therefore a man shall leave his father and his mother and hold fast to his wife, and the two shall become one flesh’ [from Genesis 2:24]? So they are no longer two but one flesh. What therefore God has joined together, let not man separate.” (Matthew 19:3-6 ESV)

In this reply Jesus rebukes and corrects a first-century practice of easy divorce for trivial reasons. For example, the Mishnah said:

Rather than entering into this debate among rabbis, Jesus affirms God’s original plan for marriage and shows that it is still his ideal for all marriages.

The Old Testament prophet Malachi views marriage as a “covenant” between a husband and wife. Furthermore, God is a witness to this covenant, and he will hold people accountable for it: “The Lord was witness between you and the wife of your youth, to whom you have been faithless, though she is your companion and your wife by covenant” (Malachi 2:14 ESV).

Therefore, marriage is an especially serious commitment (1) between husband and wife, (2) to the society in which they live, and (3) before God himself (whether or not he is explicitly acknowledged in the marriage ceremony).

It is important to begin any discussion about divorce and remarriage with a clear affirmation that God’s original intention is that a husband and wife remain married to each other for their entire lives, or, as the traditional marriage ceremony puts it, “so long as you both shall live.”

Although God allows divorce as a remedy in some cases where marriages are irreparably damaged, Scripture still shows that God’s question to be asked of any couple contemplating divorce should be, “Is it possible that this marriage can be restored and preserved?”

But people everywhere have experienced painful divorces, including children who still are deeply grieved because their mothers and fathers dissolved their marriages many years ago, and adults who did not want a divorce at all but whose spouses filed for divorce anyway. Perhaps that describes you, even now. It's normal to experience deep pain and sorrow, and the feeling of being deserted and betrayed, many years later—though you may seldom mention it to anyone.

Christians who have been through divorces also have a wonderful encouragement to realize that Jesus understand our sufferings and is willing to walk beside us in them:

For we do not have a high priest who is unable to sympathize with our weaknesses, but one who in every respect has been tempted as we are, yet without sin. Let us then with confidence draw near to the throne of grace, that we may receive mercy and find grace to help in time of need. (Hebrews 4:15-16)

Although Jesus was never married, and so he never experienced divorce specifically, he certainly knew what it was to be betrayed and abandoned by friends who were close to him, particularly Judas, who had been with him for three remarkable years (see Matthew 26:14, 25, 47; see also v. 56: “all the disciples left him and fled”). Christians can pray directly to Jesus, knowing that he understands desertion more deeply than any human friend ever will.

It is also important for Christians who have experienced divorces not to let the rest of their lives be ruled by this pain from the past. For children who have suffered deeply from divorces, Peter’s words have special relevance, showing that Christ’s sacrifice purchased freedom for us even from any wrongful patterns of life that we experienced from our parents:

You were ransomed from the futile ways inherited from your forefathers, not with perishable things such as silver or gold, 19 but with the precious blood of Christ, like that of a lamb without blemish or spot. (1 Peter 1:18-19)

And for adults who have been abandoned by a previous wife or husband, the promise of God’s comfort in 2 Corinthians should also bring great encouragement:

Blessed be the God and Father of our Lord Jesus Christ, the Father of mercies and God of all comfort, who comforts us in all our affliction, so that we may be able to comfort those who are in any affliction, with the comfort with which we ourselves are comforted by God. For as we share abundantly in Christ's sufferings, so through Christ we share abundantly in comfort too. (2 Corinthians 1:3-5 ESV)

Maybe you’re a married person reading this, even someone who was wrongfully divorced in the past and have now married someone else. God’s purpose for you from this point onward is to ask him for forgiveness for wrongs done in the past and then to seek God’s blessing on your present marriage. He does not want you now to get another divorce, but to stay married. Therefore, no matter what circumstances led up to this present marriage, if you are married, you are now married to the right person, and God wants you to make that marriage a good one for the rest of your life.

1. The Mishnah was put in written form in the late second century or early third century AD, but it reflects earlier oral tradition, including much from before the time of Christ. With respect to this particular quotation, both Hillel (died AD 10) and Shammai (50 BC-AD 30) lived prior to Jesus’ earthly ministry.

Content taken from What the Bible Says About Divorce and Remarriage by Wayne Grudem, ©2021. Used by permission of Crossway.

Jesus Responds to a Question About Divorce
What therefore God has joined together, let not man separate.
(Mark 10:9 ESV)
Read Mark 10:1-12
Jesus Teaches on Divorce
And Pharisees came up to him and tested him by asking, “Is it lawful to divorce one's wife for any cause?"
(Matthew 19:3 ESV)
Read Matthew 19:1-12
Instruction on Marriage and Separation
Only let each person lead the life that the Lord has assigned to him, and to which God has called him. This is my rule in all the churches.
(1 Corinthians 7:17 ESV)
Read 1 Corinthians 7
God Hates Divorce
“For the LORD God of Israel says That He hates divorce, For it covers one’s garment with violence,” Says the LORD of hosts. “Therefore take heed to your spirit, That you do not deal treacherously."
(Malachi 2:16 NKJV)
Read Malachi
A Story of Spiritual Adultery
"And I will betroth you to me forever. I will betroth you to me in righteousness and in justice, in steadfast love and in mercy. I will betroth you to me in faithfulness. And you shall know the LORD"
(Hosea 2:19 ESV)
Read Hosea
SHARE
What Does the Bible Say About Divorce?
Quote

by John Piper in his book,
"This Momentary Marriage"

The mere mention of the word carries a huge weight of sorrow and loss and tragedy and disappointment and anger and regret and guilt. Few things are more painful than divorce. It cuts to the depths of personhood unlike any other relational gash. It is emotionally more heart-wrenching than the death of a spouse. Death is usually a clean pain. Divorce is usually unclean pain. In other words, the enormous loss of a spouse in death is compounded in divorce by the ugliness of sin and the moral outrage at being so wronged.

The hard thing
is to take a few
biblical principles
about marriage,
divorce, and remarriage
and then try
to apply them
prayerfully and wisely
to a thousand different situations.

A Sermon on Divorce and Remarriage

"Since the topic is so difficult,
nuanced, and emotional,
I wrote out a manuscript–
just to be extra careful."
—Kevin DeYoung

by Kevin DeYoung at The Gospel Coalition

Undoing
Divorce with
God at the
Center

Dancing in the Minefields

What
1 Corinthians 7
Says About
Desertion and Divorce

by David Schuman at The Gospel Coalition

To destroy a marriage
is to destroy
a creation
of Almighty God.

God's Not Done With You

10 Common
but Illegitimate
Reasons to Divorce

by Tim Challies at his blog

What Does the
Bible Say About
Divorce and
Remarriage?

Is Divorce the Right Answer?

by Angela Bisignano at Focus on the Family

Surviving
a Spiritual
Mismatch
in Marriage

Reentering
the Dating Scene
After Divorce

by Shana Schutte at Focus on the Family

The Horror of Adultery
and the Gospel
of Christ

He who commits adultery lacks sense; he who does it destroys himself.

Sexual sin breaks
the marriage covenant
because sex is
the oath signing
of the covenant.

Whoever walks in integrity walks securely, but he who makes his ways crooked will be found out.

How Can My Marriage Survive Adultery?

Marriage should be honored by all, and the marriage bed kept pure, for God will judge the adulterer and all the sexually immoral.

A Letter to a Would-Be Adulteress

by Jani Ortlund at Desiring God

Rejoice in the Wife of Your Youth

Letter to a Would-Be Adulterer

by Ray Ortlund at Desiring God 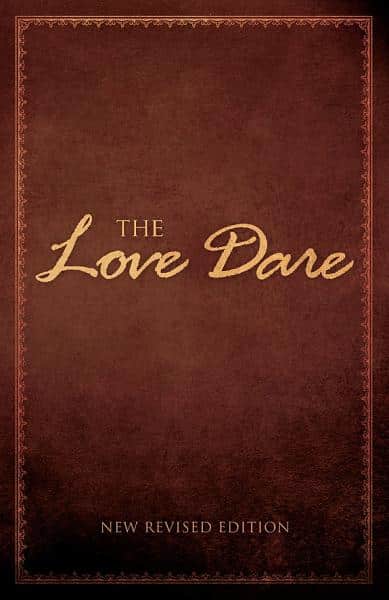 by Stephen and Alex Kendrick | Devotional
Difficulty: Easy
Get the Book 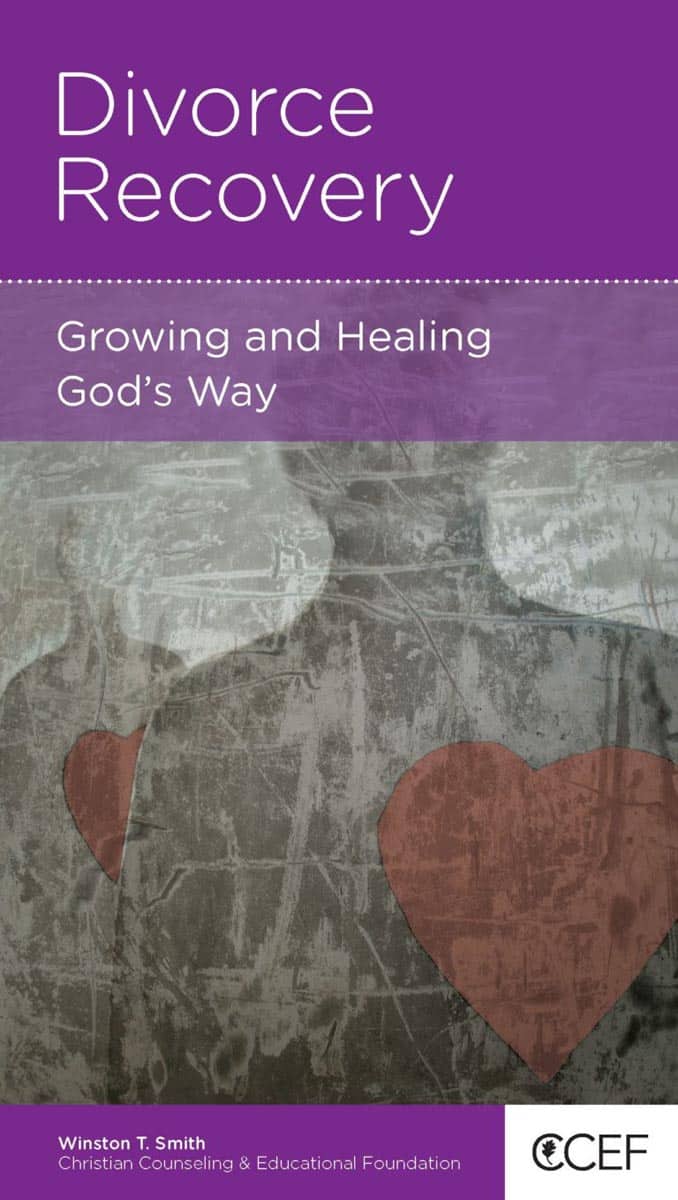 This movie, regardless of cinematic
quality, wonderfully illustrates the
Bible's position on marriage,
divorce, infidelity, and love.
WATCH VIDEO >
by AFFIRM Films
SHARE