I believe in God, the Father Almighty,
Creator of heaven and earth,
and in Jesus Christ, his only Son, our Lord,
who was conceived by the Holy Spirit,
born of the Virgin Mary,
suffered under Pontius Pilate,
was crucified, died and was buried;
he descended into hell;
on the third day he rose again from the dead;
he ascended into heaven,
and is seated at the right hand
of God the Father Almighty;
from there he will come to judge
the living and the dead.
I believe in the Holy Spirit,
the holy catholic Church,
the communion of saints,
the forgiveness of sins,
the resurrection of the body,
and life everlasting.
Amen.

What do you believe?

The Apostles' Creed concisely explains the core message of the Bible.

We have made a graphic so you can keep a portion of the Apostles' Creed on your phone as your background or screensaver!

What Is the Apostles' Creed?

The Apostles’ Creed originated as a Roman creed used as early as the second century. Later, a fourth century letter first referenced a version of that Roman creed as “The Apostles’ Creed.” The rendition of the creed we recite today first appeared in the year 753 AD in a handbook for pastors, written by a man named Pirminius from England.

What does the Apostles’ Creed say? The Apostles’ Creed summarizes the teaching of the Bible, and more specifically, the New Testament. The Creed concisely states the Bible’s teachings about God existing as three Persons in one being: Father, Son, and Holy Spirit (the Trinity). It also explains the life and work of God the Son, Jesus Christ.

First, “He descended into hell,” which is based on Bible passages like 1 Peter 3:18-20, that state that at some point between Christ’s death and resurrection he preached good news to “the spirits in prison.” While people still debate the interpretation, many consider hell here to mean the grave.

Second, “catholic church” does not refer to what is known today as the Roman Catholic Church. The word catholic means universal and refers to past, present, and future believers in Jesus Christ in every region of the world.

What is the Apostles’ Creed used for? Today, many Christian traditions accept and recite the Apostles’ Creed as a reliable statement of biblical beliefs. Ultimately, the creed is valuable insofar as it reflects the teachings of the Bible. According to the Church over the last 17 centuries, it has done this job well.

History of The Apostles' Creed

The Rule of Faith

Early church father Irenaeus (130-202) in his book Against Heresies cited a possible precursor to the Apostles’ Creed called the “rule of faith.”

Marcellus (285-374), bishop of Ancyra (in modern-day Turkey), recorded a creed in Greek similar to the Apostles’ Creed.

Creed of the Apostles

A letter from the Council of Milan speaks of the “creed of the apostles,” which could possibly refer to the Apostles’ Creed.

Addition of a Phrase

Rufinus (344-411), a monk who translated many early Greek writings of church fathers into Latin, added the phrase “he descended into hell,” which was the first appearance of this phrase in the Creed up to this point in church history. The phrase only appears again in a form of the Creed recorded in 650.

Earliest Form of the Apostles' Creed

The earliest appearance in written form of what we commonly call the Apostles’ Creed appeared in the writings of the monk Pirminius (670-763).

Charlemagne, first emperor of the Holy Roman Empire, began to use the Creed throughout his kingdom; over the following centuries the Creed continued to spread throughout western Christendom.

Hymn Inspired by the Creed

Martin Luther (1483-1549), father of the Protestant Reformation, composed a German hymn that paraphrased the Apostles’ Creed.

The Catechism of the Council of Trent affirmed the use of the Apostles’ Creed in Roman Catholic churches.

The Church of England (Anglicanism) officially adopted the Creed in its Book of Common Prayer.

What is the Apostles’
Creed?

No Christian believes
less than everything
revealed in the
Apostles’ Creed.

Nine Things You Should Know About the Apostles’ Creed

by Joe Carter at The Gospel Coalition

The Apostles’ Creed
is an expression
of certainty
to encourage belief
in an era when believers
may prefer mystery or
ignorance.

Is the Apostles' Creed relevant?

What Do You Believe?

Hear the Apostles’ Creed read aloud by many voices,
and join your voice—whatever it looks or sounds like—
with ours as we confess our faith.
WATCH VIDEO >
by Calvin Worship Institute
SHARE
Quote

What Do Christians Believe?

Our narrative is that we believe in the God of the Bible. When the church recites this creed, distilled, pulled from, wrung out of the Word of God, we are saying: ‘We reject the modern narrative. We believe the historic narrative —the narrative that God has come into the world to save sinners, that Jesus Christ has died for our sins, and we believe and trust that he has made known to us the path of life.'

Do We Have "No Creed But the Bible"?

This I Believe (The Creed)

The Story Behind the song
"This I Believe"

I Believe in God

Is It Enough to Say “I Believe”?
READ CHAPTER
SHARE
Quote

Do We Mean What We're Saying?

Do you believe? “I believe,” says one, and he begins to repeat what they call the “Apostles’ Creed.” Hold your tongue, sir! That matters not; the devil believes that, perhaps more intelligently than you do; he believes and trembles. That kind of believing saves no man. You may believe the most orthodox creed in Christendom, and perish. Do you trust—for that is the cream of the word “believe”—do you trust in Jesus? Do you lean your whole weight on him? Have you that faith which the Puritans used to call “recumberancy” or “leaning”? This is the faith that saves—faith that falls back into the arms of Jesus, a faith that drops from its own hanging place into those mighty arms. 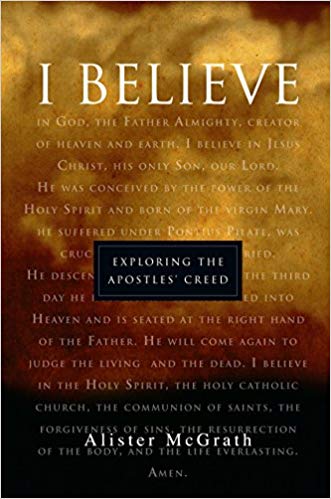 I Believe: Exploring the Apostles’ Creed

by Alister McGrath | Devotional
Difficulty: Easy
GET THE BOOK 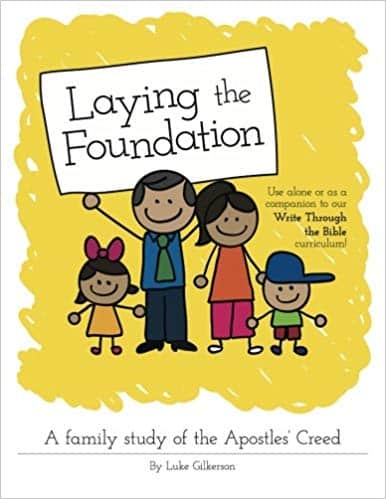 Laying the Foundation: A Family Study of the Apostles’ Creed

by Luke Gilkerson | Family
Difficulty: Easy
GET THE BOOK 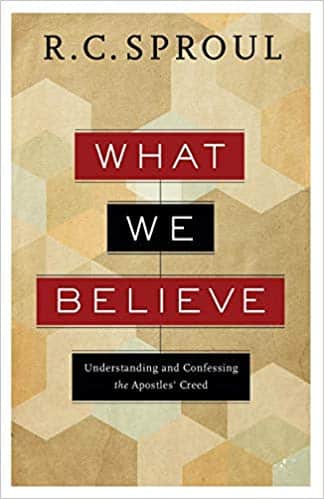 What We Believe: Understanding and Confessing the Apostles’ Creed

by R.C. Sproul | Pastoral
Difficulty: Easy
GET THE BOOK
SHARE

BELIEVE IN THE LORD JESUS

and you will be saved.