is the bible reliable

The Bible and History

Many countries have recorded their nation's history. The Bible gives us a historical record of the world from the beginning of time to the end. But is it reliable? How does the Bible stack up with other records of history?

Explore here at Bibles.net or visit one of the
links below to discover how the Bible
stacks up with history.

The Museum of the Bible
Drive Thru History
Books
Theme Verse

I make a decree, that in all my royal dominion people are to tremble and fear before the God of Daniel,

for he is the living God,
enduring forever;
his kingdom shall never be destroyed,
and his dominion shall be to the end.
He delivers and rescues;
he works signs and wonders
in heaven and on earth,

How Does the Bible Stack Up with History?

You’re used to things breaking. Everything wears out eventually. There’s only one thing in the world that won’t die with time—the Bible.

Somehow, the words it contains have never been completely lost, destroyed, or forgotten. They’ve endured and even expanded through the rise and fall of many nations.

What began as words on stone became collections of scrolls, to which letters and memoirs were added. More than forty men wrote the Bible over a span of 1600 years, and their writings were united at last in a single book—one that weathered all the storms of history and still sails today. The Bible continues to be the best-selling book ever, every year.

The Bible itself claims to be the Word of God. God says he authored it. And, he recorded promise after promise within the Bible’s pages that his Word would never pass away.

God speaks of his book’s invincibility like this: “The grass withers, the flower fades, but the word of our God will stand forever” (Isaiah 40:8 ESV). The binding may wear out, and many physical Bibles have been burned before, but God promises to preserve its contents. The Bible’s abundant existence testifies to God’s trustworthiness.

Layers of kingdoms lie buried in the dust, better technologies have left lesser inventions behind, and fires of war and persecution have extinguished many cultures. But, the Author of the Bible eternally preserves and protects his Word. Time itself testifies to the reliability of the Bible.

The Bible remains—unscathed. How? Because God keeps his promises.

Can I Trust
the Bible?

The most important
claims of Christianity
are historical claims,
and on the facts of
history the Christian religion
must stand or fall.

Daniel answered and said:
“Blessed be the name of God forever and ever,
For wisdom and might are His.
And He changes the times and the seasons;
He removes kings and raises up kings;
He gives wisdom to the wise
And knowledge to those who have understanding.
He reveals deep and secret things;
He knows what is in the darkness,
And light dwells with Him."

The God who made the world and everything in it is the Lord of heaven and earth and does not live in temples built by human hands. And he [God] is not served by human hands, as if he needed anything. Rather, he himself gives everyone life and breath and everything else. From one man he made all the nations, that they should inhabit the whole earth; and he marked out their appointed times in history and the boundaries of their lands. God did this so that they would seek him and perhaps reach out for him and find him, though he is not far from any one of us.

History of Israel
in 8 Minutes

The Lord has
established His
throne in heaven,
And His kingdom rules
over all.

Drive Thru History:
The Gospels

“Who would you say is the most significant person that has ever lived?” Venture with Dave Stotts through 50 sites in Israel to discover the story of Jesus of Nazareth.

When it comes to the past,
how could anyone possibly imagine
a more authoritative history than the
Word of the one
who determined that history
and then brought
it to pass?

Evidence That Demands a Verdict

by Josh McDowell and Sean McDowell | Apologetics
Difficulty: Easy
GET THE BOOK 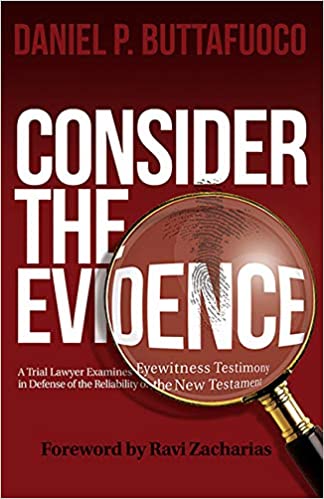 by Daniel Buttafuoco | Apologetics
Difficulty: Easy
GET THE BOOK 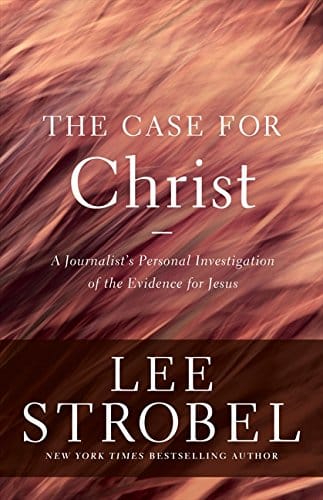 The Case for Christ

by Lee Strobel | Biography
Difficulty: Easy
GET THE BOOK 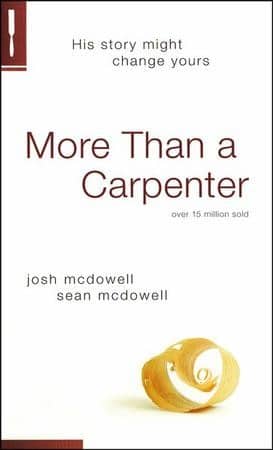 More Than A Carpenter

by Josh McDowell and Sean McDowell | Apologetics
Difficulty: Easy
GET THE BOOK 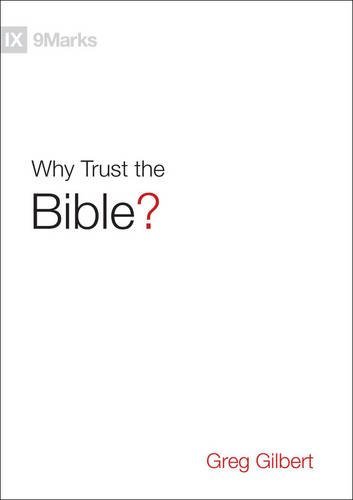 Why Trust the Bible?

by Greg Gilbert | Apologetics
Difficulty: Easy
GET THE BOOK 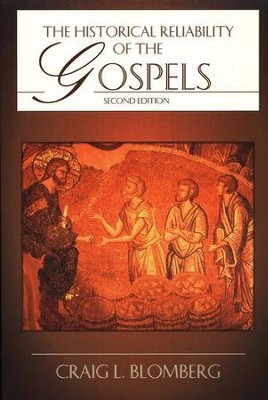 The Historical Reliability of the Gospels

by Craig L. Blomberg | Apologetics
Difficulty: Easy
GET THE BOOK 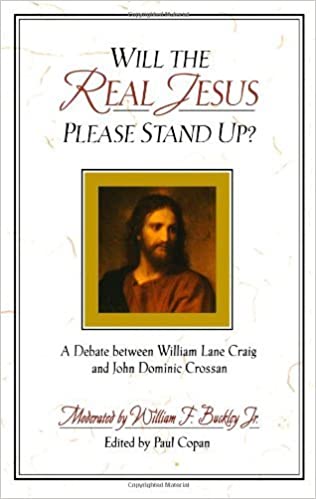 Will the Real Jesus Please Stand Up? 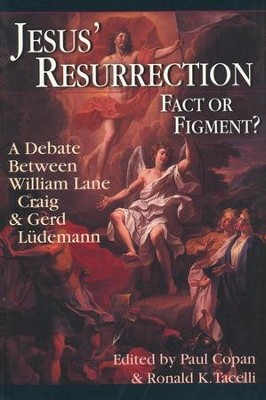 by Paul Copan and Ronald Tacelli | Apologetics
Difficulty: Easy
GET THE BOOK 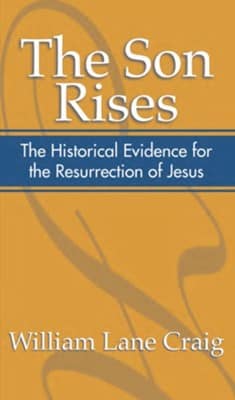 The Son Rises: Historical Evidence for the Resurrection of Jesus

by William L. Craig | Apologetics
Difficulty: Easy
GET THE EBOOK 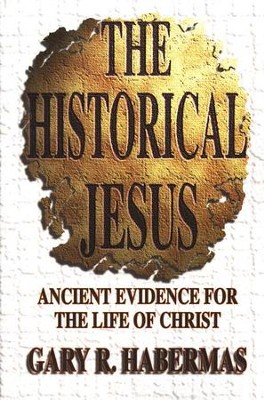 The Historical Jesus: Ancient Evidence for the Life of Christ

by Gary R. Habermas | Apologetics
Difficulty: Easy
GET THE BOOK 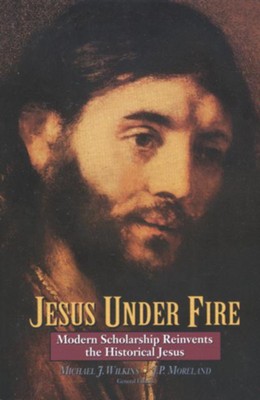 by Michael Wilkins | Apologetics
Difficulty: Easy
GET THE EBOOK 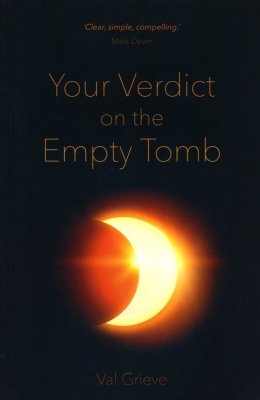 Your Verdict on the Empty Tomb

The Most Famous Man in History

This Jesus of Nazareth, without money and arms, conquered more millions than Alexander, Caesar, Mohammed, and Napoleon; without science and learning, he shed more light on things human and divine than all philosophers and scholars combined; without the eloquence of schools, he spoke such words of life as were never spoken before or since, and produced effects which lie beyond the reach of orator or poet; without writing a single line, he set more pens in motion, and furnished themes for more sermons, orations, discussions, learned vocabulary, works of art, and songs of praise than the whole army of great men of ancient and modern times.

How to Destroy
Christianity with
One Easy Step

For what I received I passed on to you as of first importance: that Christ died for our sins according to the Scriptures, that he was buried, that he was raised on the third day according to the Scriptures, and that he appeared to Cephas, and then to the Twelve. After that, he appeared to more than five hundred of the brothers and sisters at the same time, most of whom are still living, though some have fallen asleep.

"God raised Jesus from the dead, and we are all witnesses of this. Now he is exalted to the place of highest honor in heaven, at God’s right hand. And the Father, as he had promised, gave him the Holy Spirit to pour out upon us, just as you see and hear today."

The Case for Christ

Many people have set out to write accounts about the events that have been fulfilled among us. They used the eyewitness reports circulating among us from the early disciples. Having carefully investigated everything from the beginning, I also have decided to write an accurate account for you, most honorable Theophilus, so you can be certain of the truth of everything you were taught.

For we did
not follow
cleverly devised myths
when we made
known to you
the power and coming
of our Lord Jesus Christ,
but we were
eyewitnesses
of his majesty.

I've Seen Too Much

A Case for
the reliability
of new testament
manuscripts

And there are also many other things that Jesus did, which if they were written one by one, I suppose that even the world itself could not contain the books that would be written. Amen.

My Story: I Had to Admit Jesus Was More Than a Carpenter

Is the Bible Reliable?

Was Jesus Really
the Messiah Foretold in Prophecy?

Fulfilled Prophecy Proves
That the Bible Is God’s Word

What Do We Learn from History?

by C.S. Lewis from his book, "Mere Christianity"

What Satan put into the heads of our remote ancestors was the idea that they could ‘be like gods’—could set up on their own as if they had created themselves—be their own masters—invent some sort of happiness for themselves outside God, apart from God.

And out of that hopeless attempt has come nearly all that we call human history—money, poverty, ambition, war, prostitution, classes, empires, slavery—the long terrible story of man trying to find something other than God which will make him happy.

God cannot give us a happiness and peace apart from Himself, because it is not there. There is no such thing.

The Bible Is True and Without Error

Can we trust the biblical manuscripts?

Jesus Christ
is the same