Amazing grace! (how sweet the sound)
That saved a wretch like me!
I once was lost, but now am found,
Was blind, but now I see.

‘Twas grace that taught my heart to fear,
And grace my fears relieved;
How precious did that grace appear
The hour I first believed!

Through many dangers, toils, and snares,
I have already come;
Grace has brought me safe thus far,
And grace will lead me home.

The Lord has promised good to me,
His word my hope secures;
He will my shield and portion be
As long as life endures.

Yes, when this flesh and heart shall fail,
And mortal life shall cease;
I shall possess, within the veil,
A life of joy and peace.

The earth shall soon dissolve like snow,
The sun forbear to shine;
But God, who called me here below,
Will be forever mine.

The Story Behind “Amazing Grace”

A long time ago, on a regular day in England, an old sailor sat down to pen some words.

Children were coming to his church that night to learn from the Bible, so he composed the weekly song for them to sing.

The old sailor is John Newton, born in 1725, and he’s writing “Amazing Grace.”

In his song we hear an echo of his past: “Through many dangers, toils, and snares, I have already come.”

Were you to peer deep into this man’s history, you’d see his mom’s early death, you would agree with his fellow sailors that he had altogether lost his moral compass, you’d hear the creak of wet wood on slave ships, you’d hear the grisly moans of human cargo, you’d taste salt and smell sweat, and you’d wish what you saw were only a dream—

Continue looking and you will be surprised to see a changed man, a new man tendered by mercy, broken and reformed by remorse.

You will learn that in a violent storm God awakened Newton’s conscience with a Bible verse from Proverbs. You will find that during that storm, a new love for God was born in the heart of Newton and that once he picked up the Bible again, he could never put it down.

Newton found forgiveness and hope in “the incomparable riches of his [God’s] grace, expressed in his kindness to us in Christ Jesus” (Ephesians 2:7 NIV).

He left the slave ships to set other guilty souls free. He realized that God sent his own Son to die for the sins of men, so that people like himself might not suffer hell for their crimes. And that Son, Jesus, rose from the dead, giving new life to all who believe in him and turn from their sin.

Forgiveness and new life of peace with God, Newton knew, was free and undeserved, open to any “wretch” who believe in the promise of God.

For the forgiveness of Jesus Christ depends not on our work, but on his work and his word.

Before God, we are all criminals. But this song, bled out of Newton’s burdened heart, would offer us a wonderful truth—that God delights in chasing after and transforming sinners.

John Newton wrote the lyrics to Amazing Grace. He was an English sailor and slave trader turned pastor, hymn writer, and abolitionist.

Newton, the author of “Amazing Grace,” lived to see the passing of the Slave Trade Act in 1807 and died only months after.

Popularity of the Song

The Story
Behind the Hymn
Amazing Grace

Can a Slave Trader Be Forgiven? The Story Behind “Amazing Grace”

by J.I. Packer at Christianity Today

“I once was lost but now am found”
read chapter
SHARE

The Life of John Newton

When we’ve been there  ten thousand years, Bright shining as the sun, We’ve no less days  to sing God’s praise Than when we first begun. 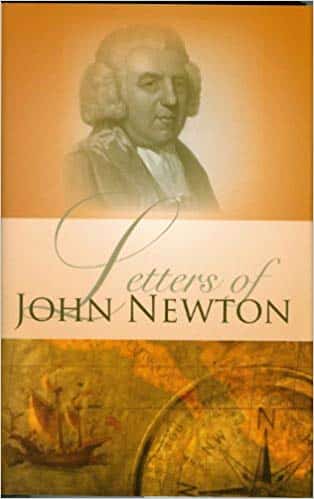 by John Newton | Classic
Difficulty: Easy
GET THE BOOK 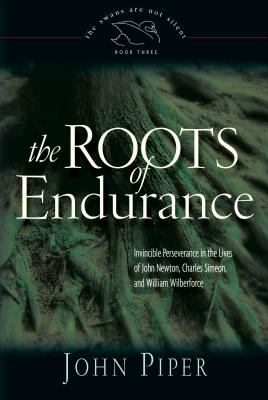 The Roots of Endurance: Invincible Perseverence in the Lives of John Newton, Charles Simeon, and William Wilberforce

by John Piper | Biography
Difficulty: Easy
GET THE BOOK 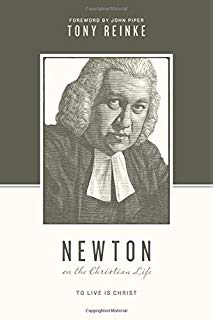 Newton on the Christian Life: To Live Is Christ

by Tony Reinke | Biography
Difficulty: Easy
GET THE BOOK 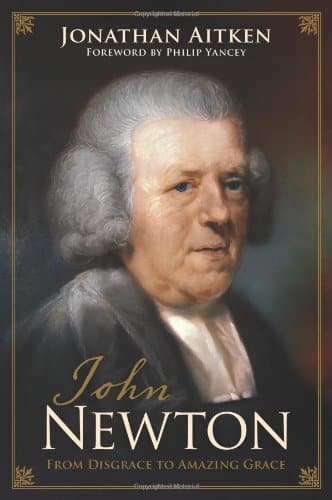 In Amazing Grace: William Wilberforce and the Heroic Campaign to End Slavery Eric Metaxas follows the story of a young abolitionist and friend of John Newton, whose efforts culminated in the passing of the Slave Trade Act in England, in 1807.

For the law was given through Moses;